This page is a visual explanation of how the design process went with Clowns Without Borders (CWB).

CWB hired Ideaville, a local design agency, to create a couple of promotional posters for an education outreach project called Take Laughter With You.  These are the posters: 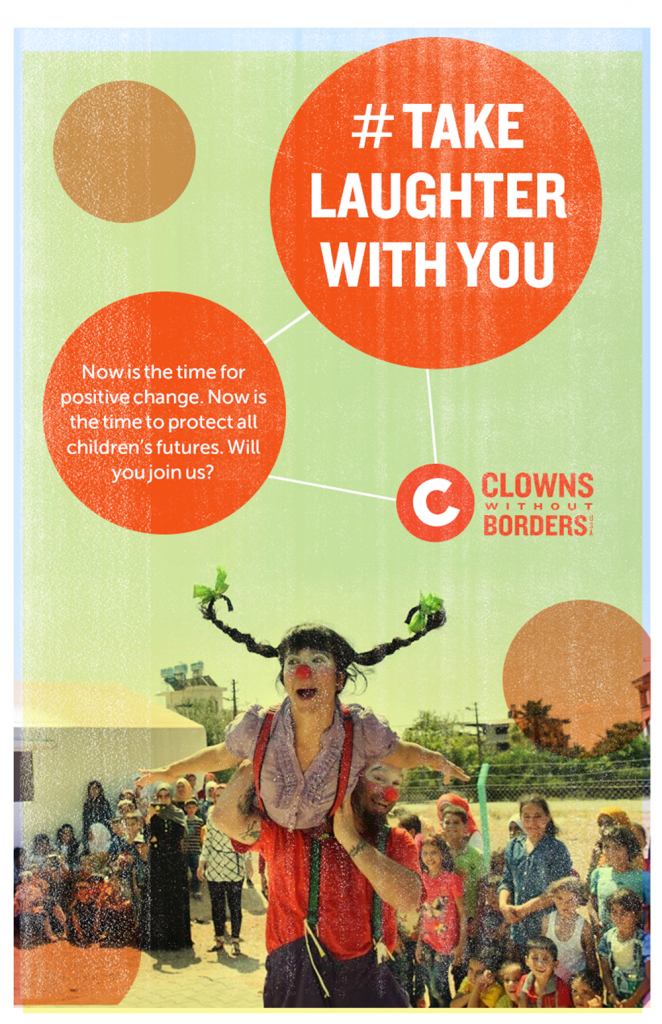 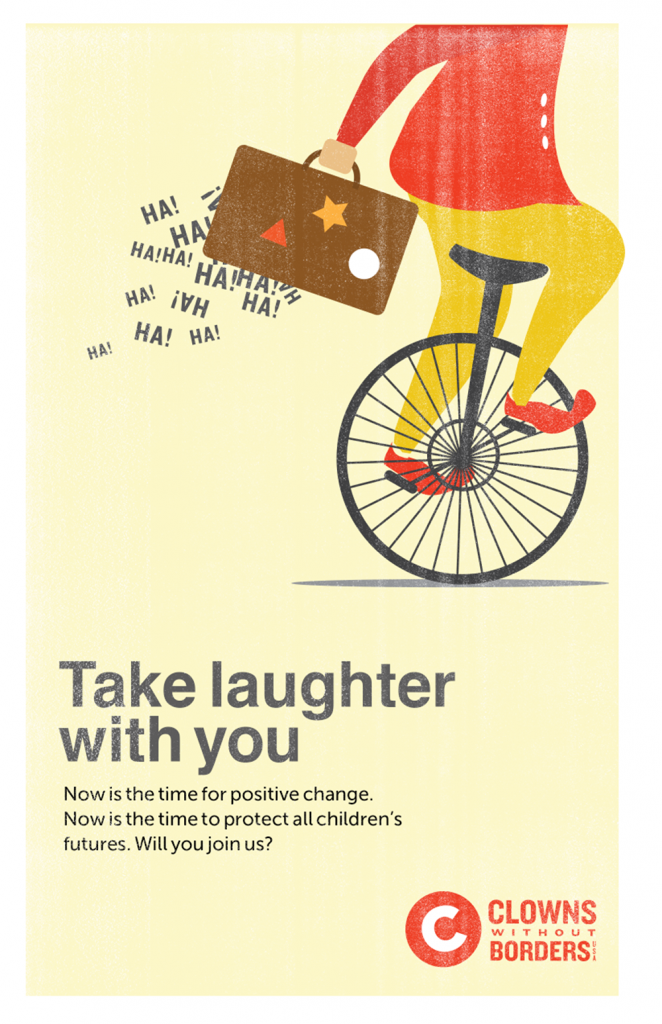 These were actually first drafts, but CWB loved them.

We pulled out some colors, and the logo concept Ideaville came up with: 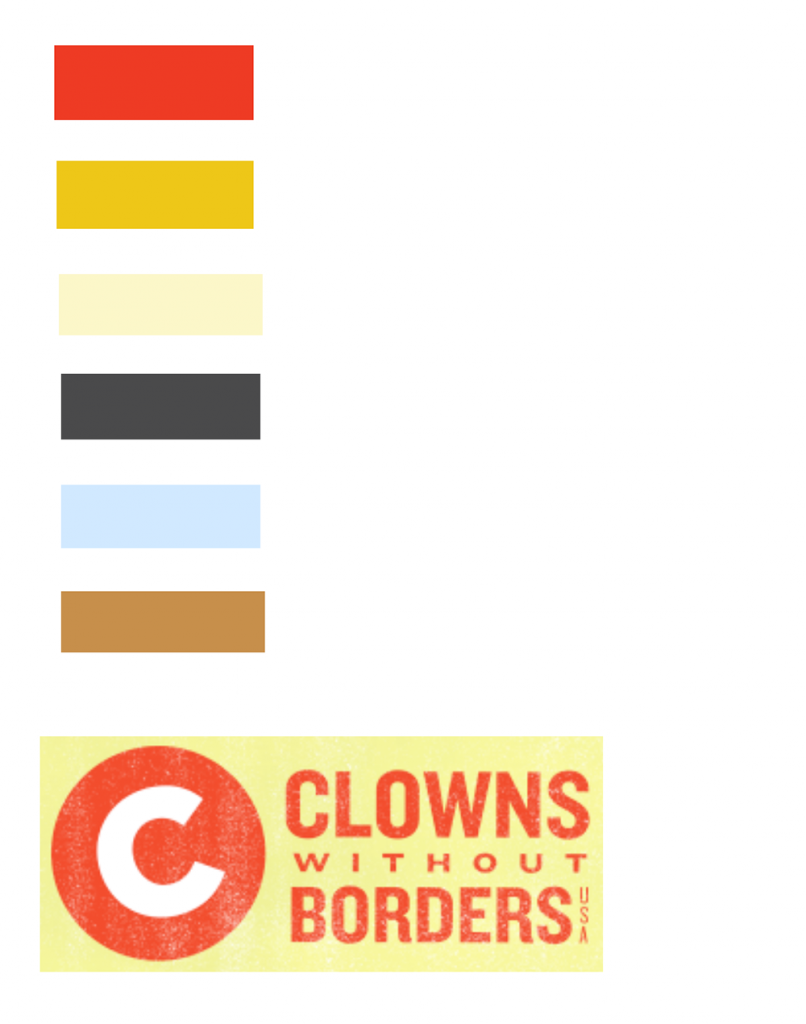 Ideaville had provided some wireframes, which we used as a starting point, but didn’t really stick with them because UX demanded something different.  What ended up happening instead was more of a design-in-the-browser experience, in which content was present first, then we designed layout around that.  Here’s a file containing the wireframes Ideaville supplied: CWB-Website-Wireframe-V2 (1)

At this point we already had layout and site architecture mostly in place.  So we mocked up several variations of color schemes using the above colors and related colors, and presented these to the CWB team.  There were 10 variations to begin with; here are just a few of them: 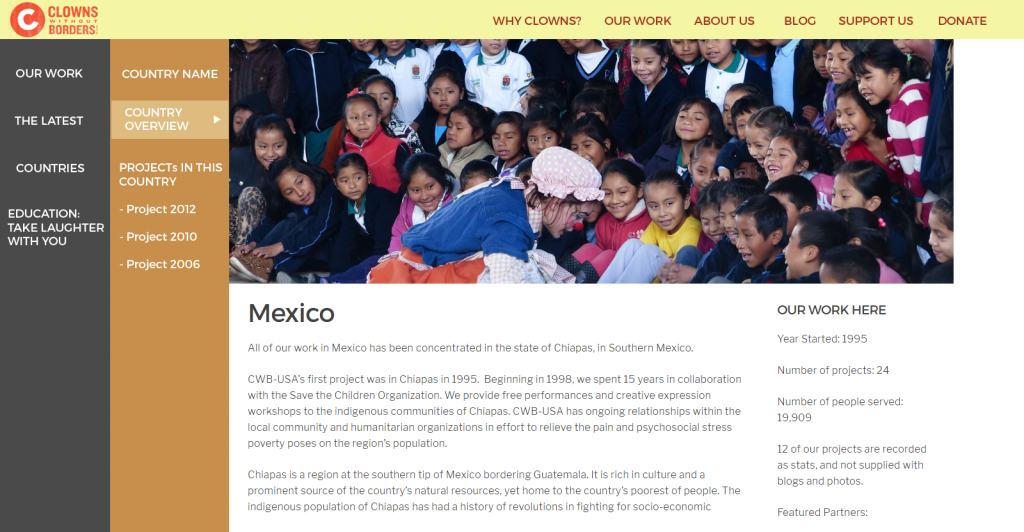 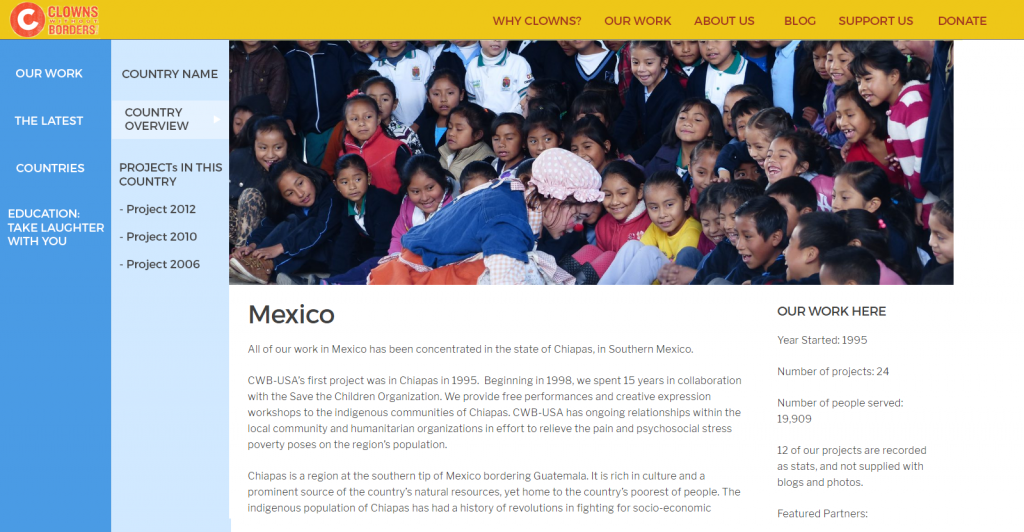 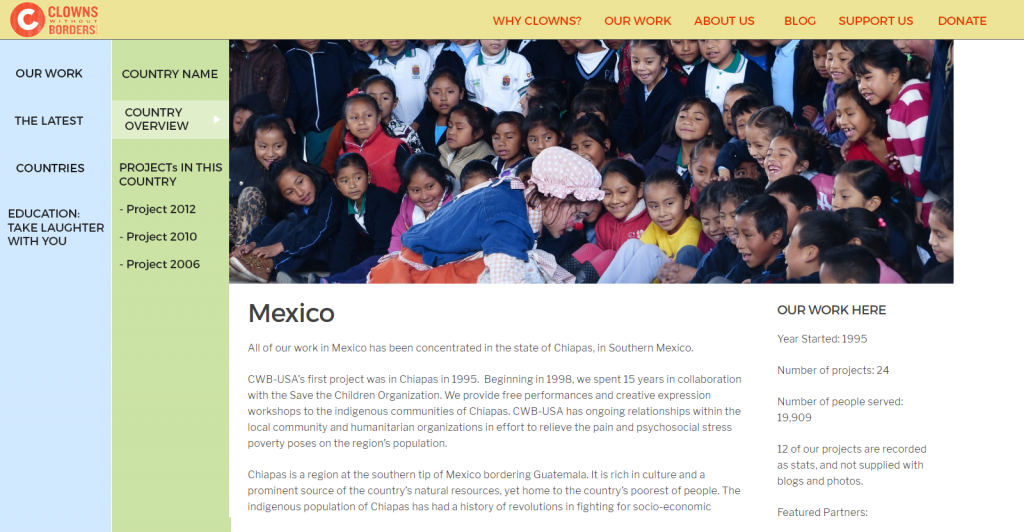 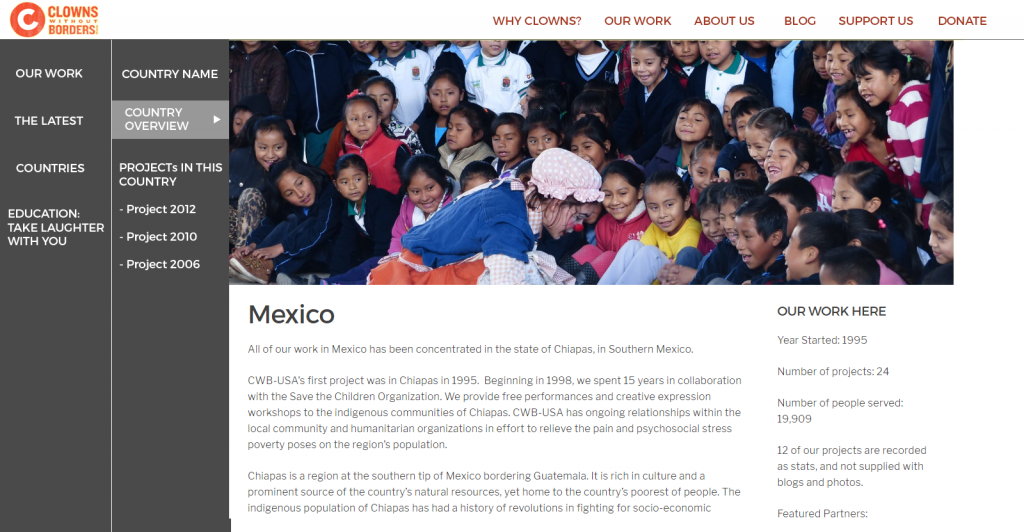 We narrowed it down to two, and at the same time it was decided that a logo change wasn’t in the cards just yet, so we put the original logo back on our final two choices:

And from there we all agreed that the final one immediately above was the one.  There was one more round of font choice adjustment after this, which was pretty easy once we had the layout and colors finalized.